Born in Mississippi, USA, Dee Anderson came to London as a child, growing up in a world of celebrity and entertainment. 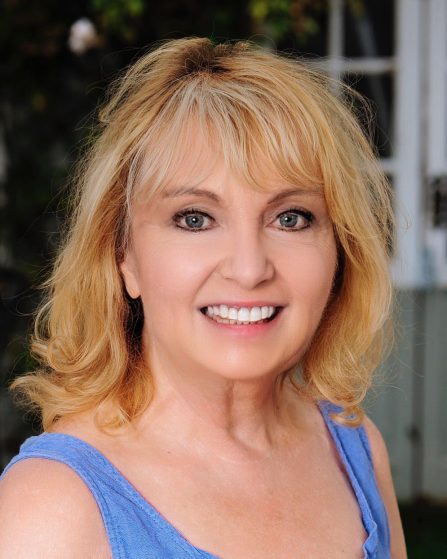 Dee is the daughter of the famous husband and wife team Gerry and Sylvia Anderson, the creators of the cult television series’ Thunderbirds, Stingray, Fireball XL5, Joe 90, Captain Scarlet and Space 1999.

You can find out more about Sylvia, Lady Penelope & Thunderbirds at Sylvia’s website  www.sylviaanderson.co.uk (opens in new tab)

Dee has appeared in numerous television and theatre productions across the UK and worked alongside legendary actors and performers as an Actress and Singer.

Dee has returned to her singing career in recent years, and has been extremely successful, with her highly acclaimed album Love in a Dark Place being widely and favourably reviewed in the National Press and played on radio stations throughout the UK.

Dee is now a panellist and co-creator of Wonderbirds, a highly successful online chat show launched with her celebrity friends Debbie Arnold, Sherrie Hewson & Harriet Thorpe.  This pioneering show features guest celebrities from the world of film and entertainment, and has already attracted millions of viewers nationwide and has had extensive National Television coverage on Lorraine, This Morning and Sky News.

Check out the Wonderbirds at www.amazingwonderbirds.com (opens in new tab)