Dee has provided the voice for many Theatre & TV productions in particular she provides the voice for the iconic Lady Penelope from Thunderbirds, one of the many characters created by her late mother Sylvia Anderson.

Dee first provided the voice of the iconic character for the first ever stage production of Thunderbirds working alongside some of the original crew from the TV series, which was performed at the Pier Theatre in Bournemouth & at the Civic Hall in Bedworth.

The show featured extra-large Puppets of the Thunderbirds characters made and operated by two of the original puppeteers from the TV series, Christine Glandville and Rowena White. 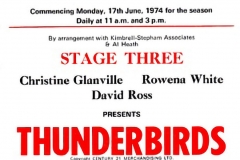 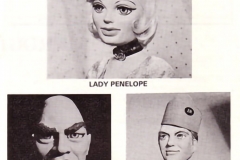 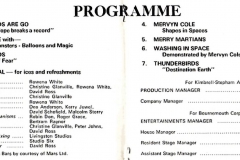 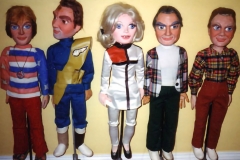 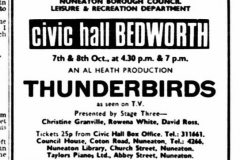 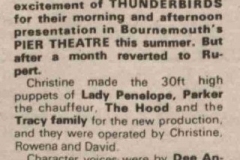 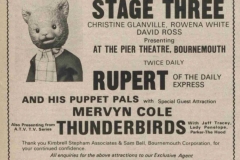